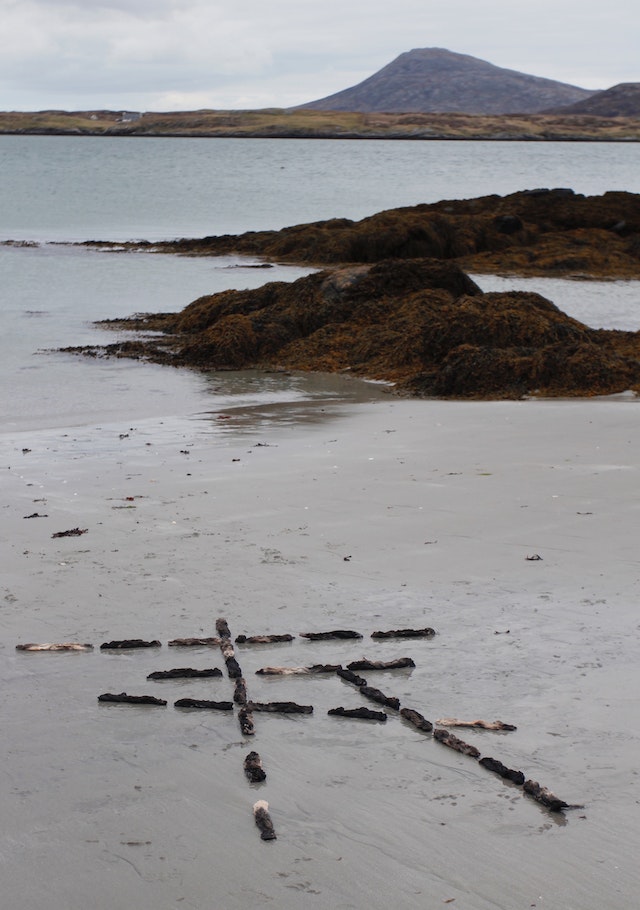 ròisinis (2017)
Ròisinis beach, looking towards the Isle of Grimsay and Eaval
Porcelain and wool marks 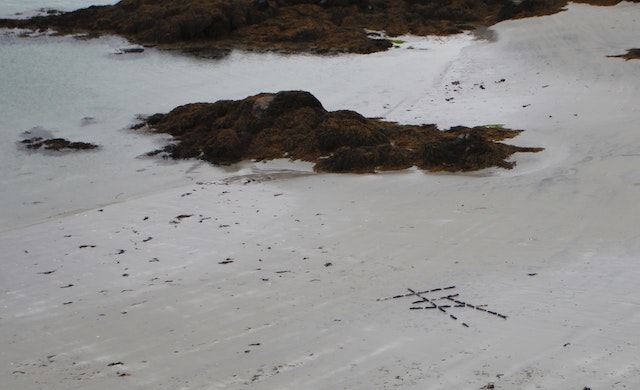 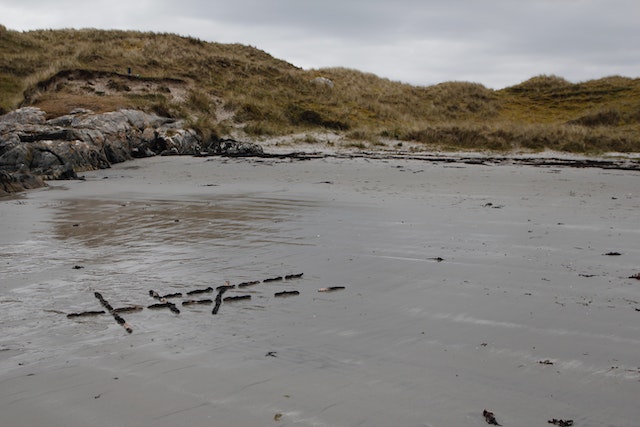 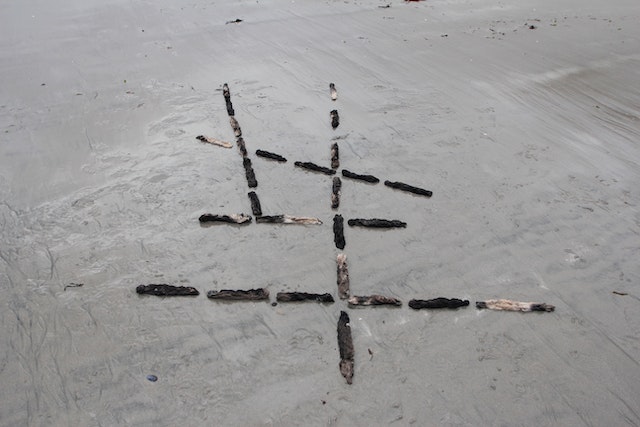 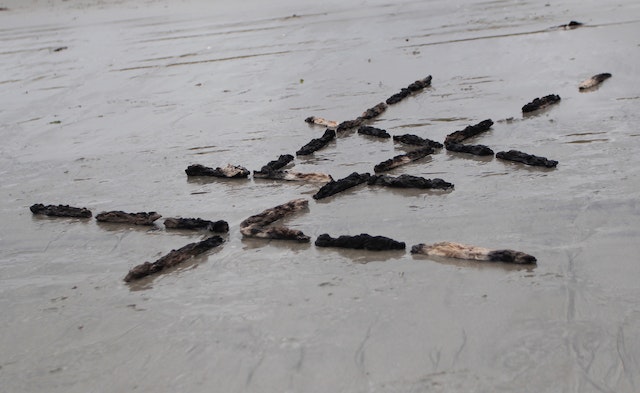 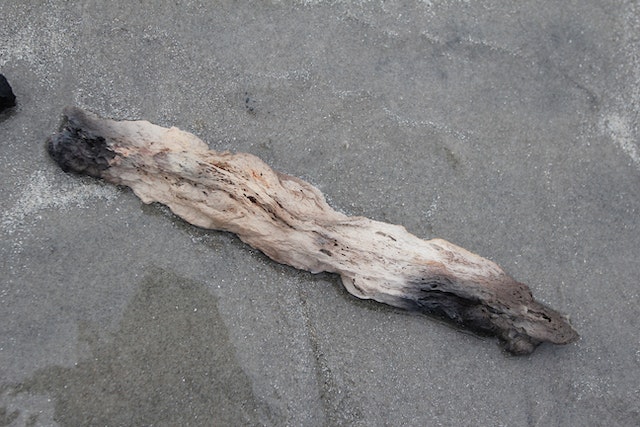 No matter how much time passes, no matter what takes place in the interim, there are some things we can never assign to oblivion, memories we can never rub away.

The beach at Ròisinis looks across the South Ford to the Isle of Grimsay. Evidence has revealed a long history of settlement dating back over 5,000 years. Excavating down through deposits revealing midden debris and pottery sherds, an old land surface has been revealed demonstrating very early farming activity here in the form of the marks of a late Neolithic hand plough (ard). These ancient ard-marks have left traces in geometric, Mondrian-like shapes.

A line drawing, initially sketched in seaweed, uses the beach as a canvas, while the surrounding land encloses the three-dimensionality of the drawing like a vitrine, put in place for this ephemeral presentation. Elongated marks in porcelain and wool, fired using the ancient process of pit-firing, create a drawing, calligraphic marks making a link between the Neolithic and the present day. These marks will disintegrate unpredictably under the impact of wind, tide and animals, and eventually be re-absorbed into the land.

ròisinis is a collaboration between maker, porcelain and wool, between fire and water and human support, between the ancient past and our uncertain present. If elements of the marks survive, they may be enigmatic archaeological finds of the future.