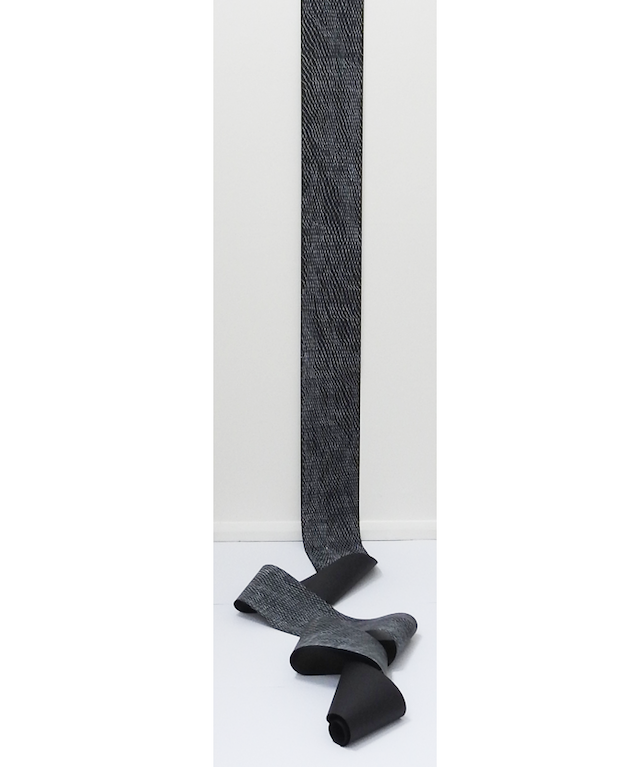 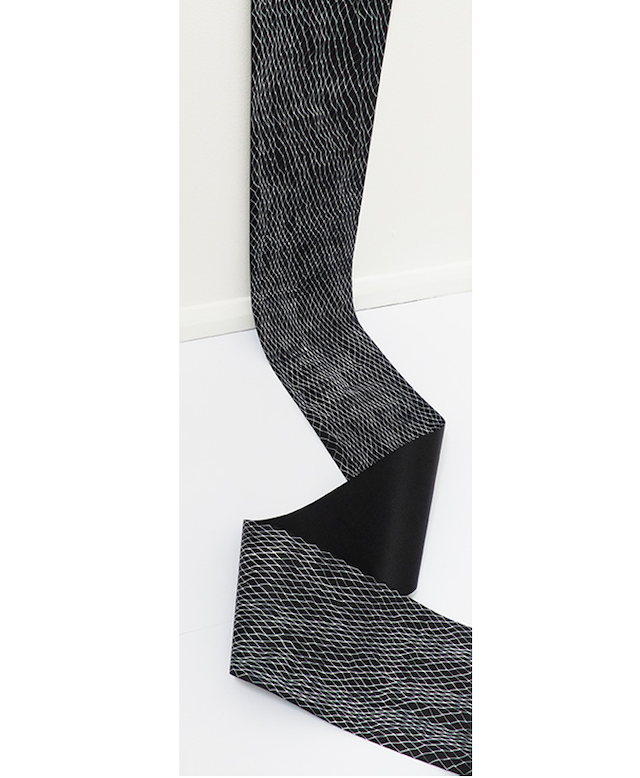 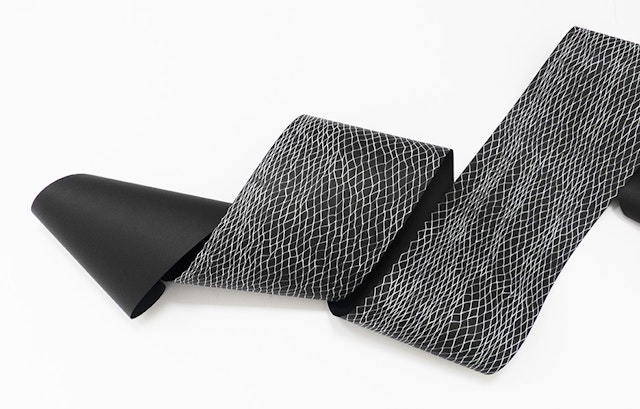 … one gradually learns the skill of cooperating with one’s work, and allowing the work to make its suggestions and take its own turns and moves.

Drawings using a roller ball pen result in a uniform, predictable and consistent line. The ink flows readily and without effort. In this further exploration of time, different implements are used (dipping pen and white ink). The drawing experience is altogether different, requiring more concentration, with frequent interruptions to load the nib and greater effort to avoid smudging.

The pen asserts itself on the drawing by determining the kinds of lines that result from the artist’s gestures. Sometimes overloaded with ink, sometimes with barely sufficient to create a fine line, the pen and its co-contributor, the ink, collaborate further with the hand to create an uneven grid across the surface with an anarchic texture, a far remove from the consistent lines resulting from grid, roller ball pen or pencil and straight edge. So pen, ink, hand, surface, light and viewer are all complicit in the drawing coming into being.

Each stroke of the loaded nib records the difference of each movement of the hand and each moment in time. Completely unrolled, the full extent of time is revealed and the mesmeric rhythm and different patterns are fully evident. Rippling into folds, time wraps around itself, merging past, present and future.