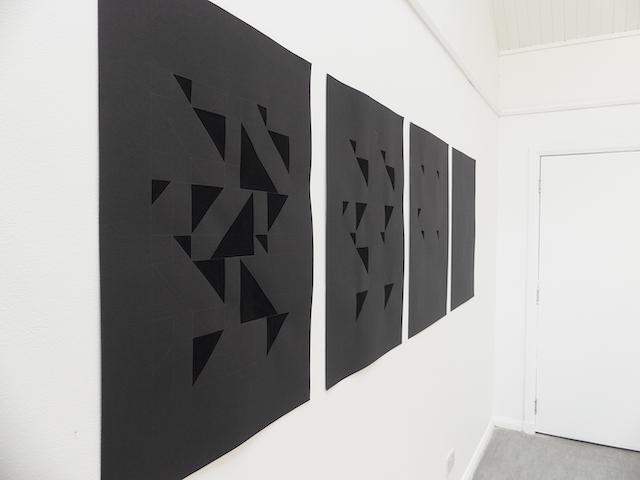 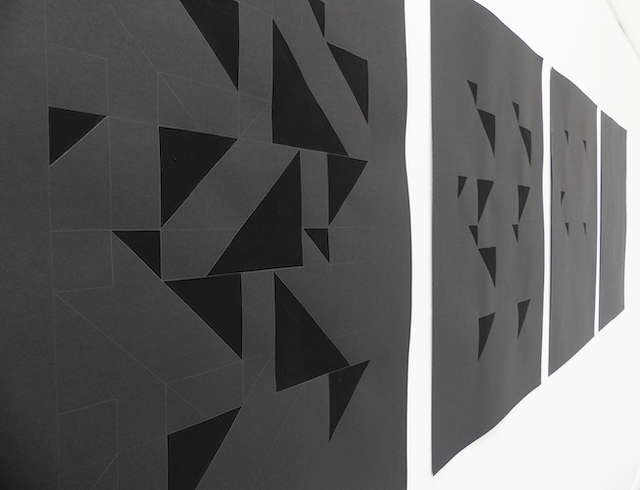 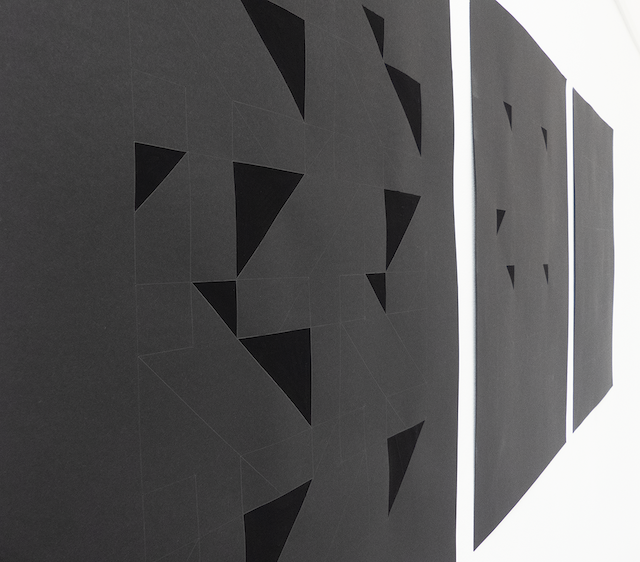 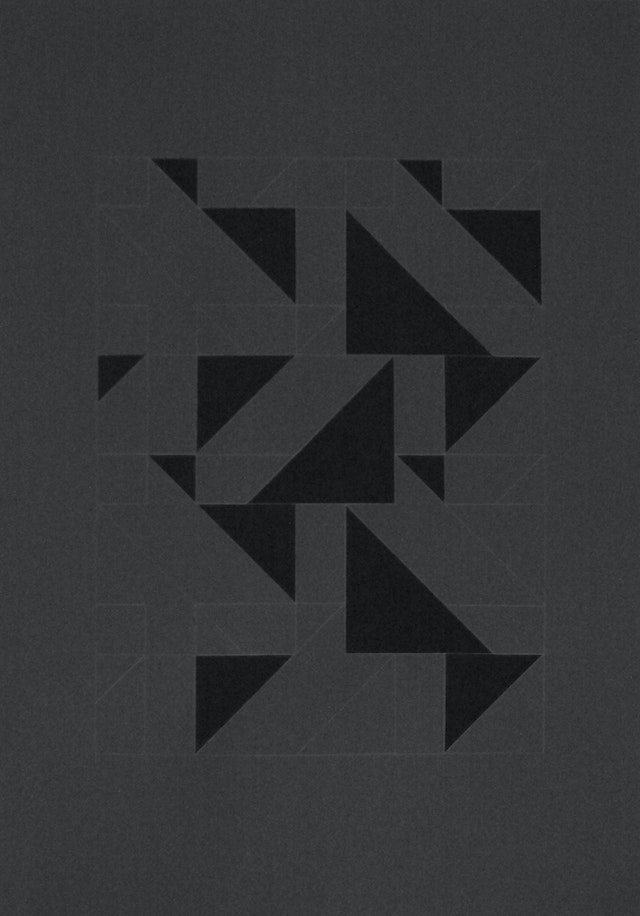 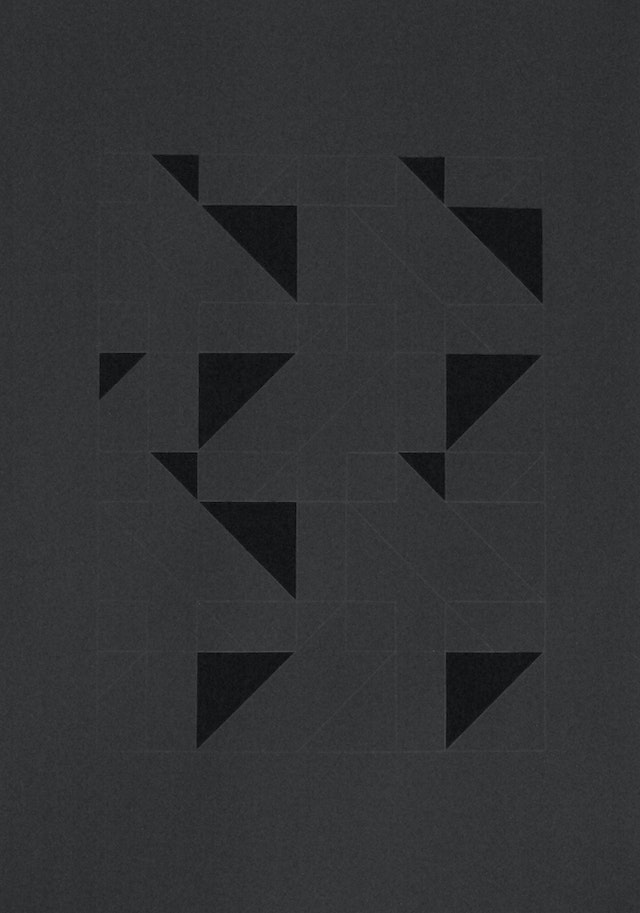 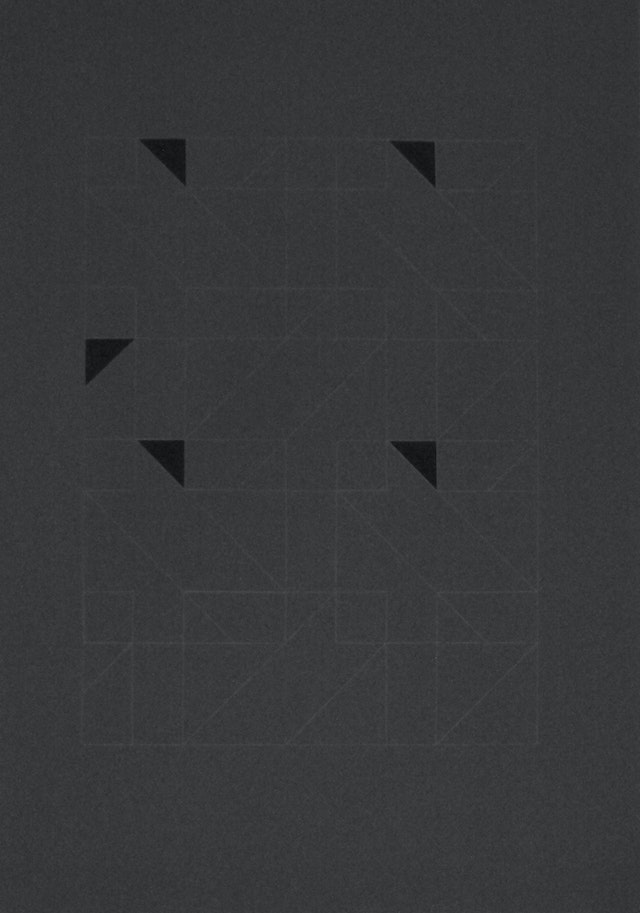 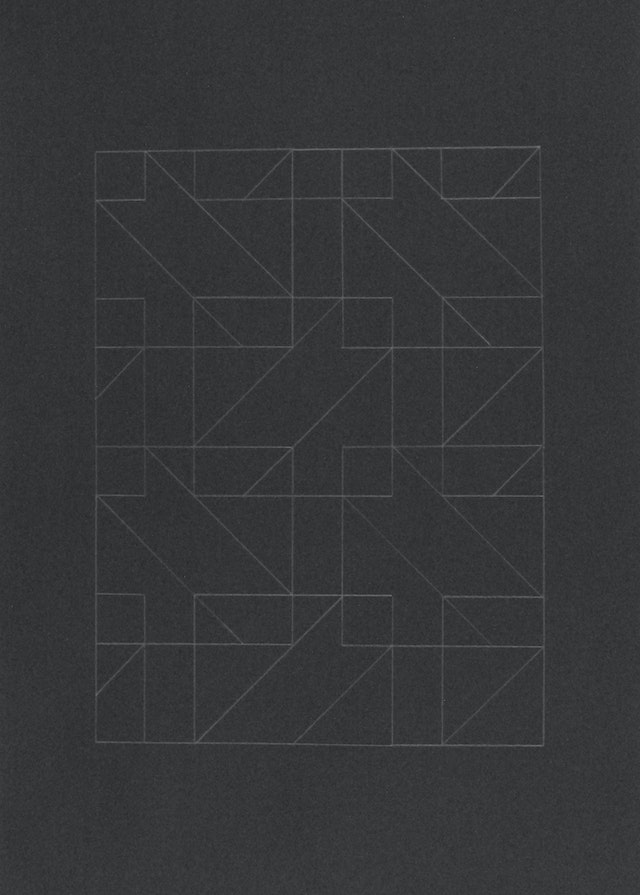 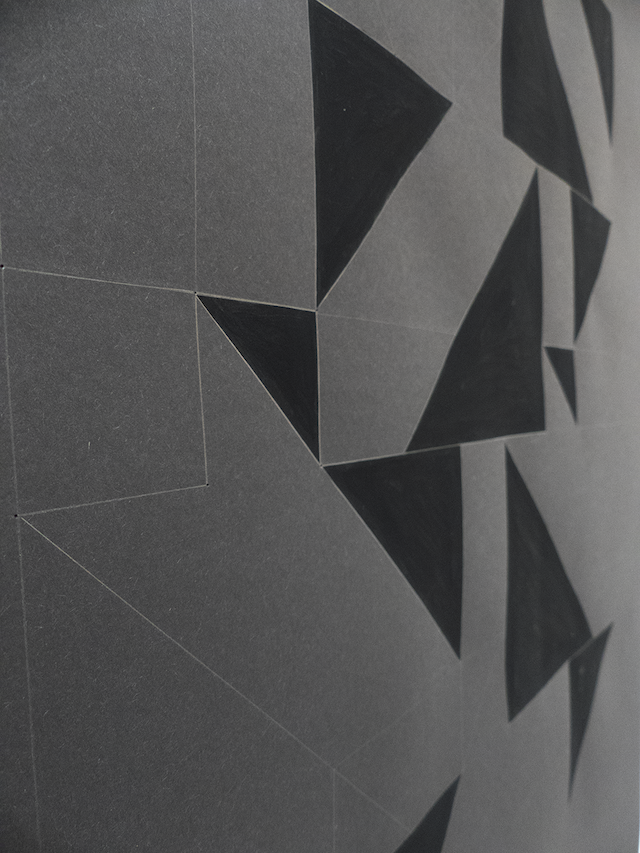 A darkness. In the darkness, the silence becomes encyclopaedic, condensing everything that has occurred in the interval between then and now.

Retaining a visual reference to marks made nearly twenty thousand years ago in the darkness of caves, the originating motif is abstracted in a diminishing sequence, blocks of time as pockets of duration dwindling until just the graphite line remains. This metaphorical group of drawings mirrors the vastness and blackness of space and by extension time. Each drawing has less of the original motif, until finally there is only the grid, a luminous glint.

The dense black blocks seem at times to float on the surface of the paper, whilst simultaneously being enclosed and held by the graphite grid. The intensity of the dense black creates a strong contrast in spite of the blackness of the support.  This brings to mind the blackness of the night sky, its vastness, black holes, ancient caves, deep time.